The young Austrian strongman Martin Wildauer added to his laurels as he won the Austrian Summer Giant contest, making him “the Strongest Man of Austria,” his coach Heinz Ollesch told IronMind® today. 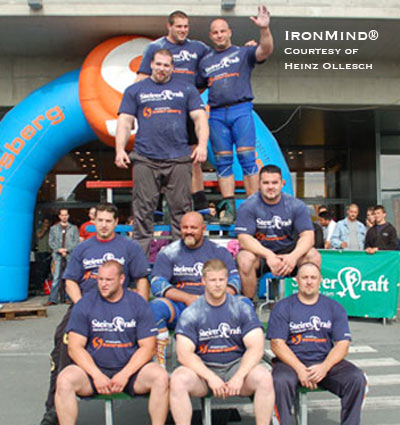 
“He was from the beginning the favorite and was controlling the whole field,” said Ollesch, as Wildauer continues to impress strongman experts with his potential.

Here are the final standings and points:

“Now he is taking a little break to recover from the hard contests the past months.  Beginning of August he got already the invitation to the [Strongman] Champions League - Spain,” Ollesch said.