A couple of days ago, Marcel Mostert spun out on some ice, slid off the road and because he lives in Holland, his car ultimately landed in a frozen canal. 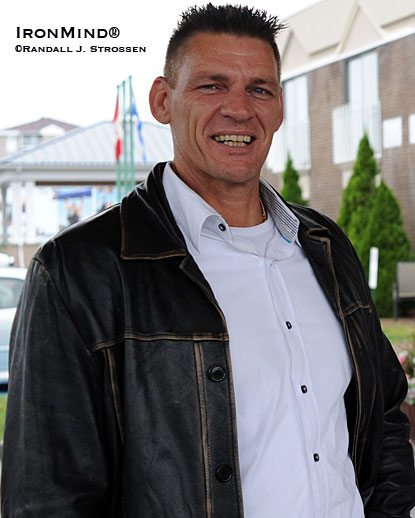 Whether or not he just used up one of his nine lives, Marcel Mostert has a lot to smile about.  IronMind® | Randall J. Strossen photo.

Also giving him reason to smile, Mostert told IronMind®, was the way plans were shaping up for his Strongman Champions League in 2010.

“We have already 10 Strongman Champion League contests under contract,” said Mostert, whose plans also include such special events as record-breakers.  “Next week we will have our new website up,” Mostert said, and it will feature photos, videos and other materials from the 2009 Strongman Champions League season.