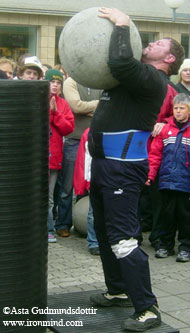 Magnus Ver, one of the highest-profile names in strongman, is coming off a win this past weekend, and he said that his knees are holding up, so he will be entering the Iceland's Strongest Viking contest feeling pretty strong.