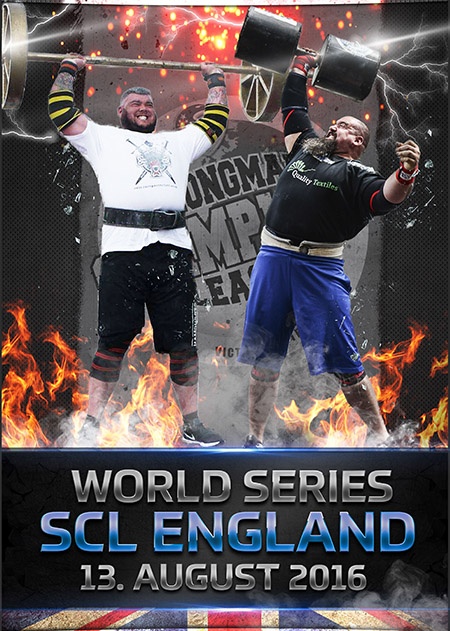 SCL is coming to London and expect the strongman competitors to turn up the heat and attack the British Log Lift record. IronMind® | Image courtesy of SCL

“With 14 athletes, 6 cruel events, some new things, and a serious attack on the British Log Lift record with the possibility of a 215-kg lift, it will be a fantastic and thrilling experience . . . a must see strongman competition.

“Some of the stars are in SCL England and then SCL Finland the next week, and others will be at the World’s Strongest Man (WSM), so it is good to see how the sport is developing and is growing widely, with more and more strength and more stars.

“For all the athletes who could not do any SCL competition because they are at WSM this week, we hope that everybody stays without injuries and  we wish them all good luck. May the strongest win,” Mostert said.

And who will win SCL England and possibly break the British log lift record? See it here live:

You can also watch it on the SCL on-demand live channel : www.strongmanworldserieslive.com