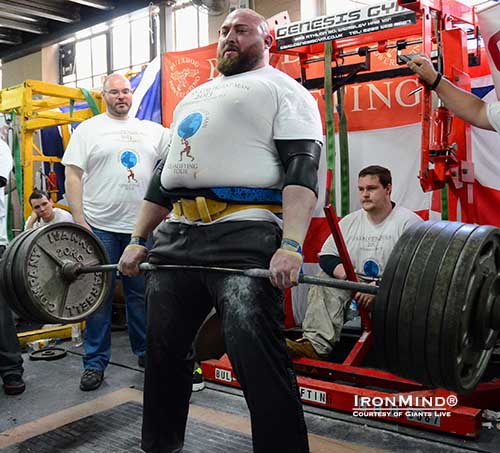 
“The event was in aid of the charity Help For Heroes. Three weight categories involved - Open, U105kg and U90kg. Up for grabs in the Open's was a place at a Giants Live.  In the lighter bodyweight classes the winners go to Europe's Strongest Man 2013 in their respective categories. The contest was an open event and athletes from a number of countries made the journey.

“The strongest Londoner of all time, Terry Hollands, came along and refereed the Open category. Lloyd Renals repped out an easy 10 reps at 275kg in the deadlift to take the victory on the final event over the former discus thrower Ben Kelsey. Renals, who cuts a striking figure at 170kg and 6 foot 5inches, will be making his international Giants Live debut at one of the grand prix later in the year. Kelsey, in second, weighs in less than 115kg yet did 12 reps at 250kg in the 'raw' squat event.


In the 105's the class act was Rob McGee who styled out the win on the final event, deadlift, when he refused to wear straps. Ten reps at 235kg at high speed sealed the victory.

In the 90s the outstanding performer was Germany's Markus Krümmer who belted out 8 reps in the 200kg 'raw' squat and 13 reps at 220kg in the deadlift. 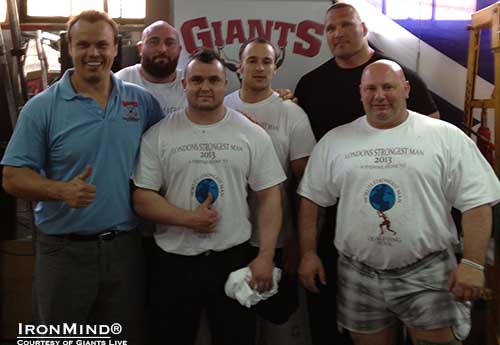