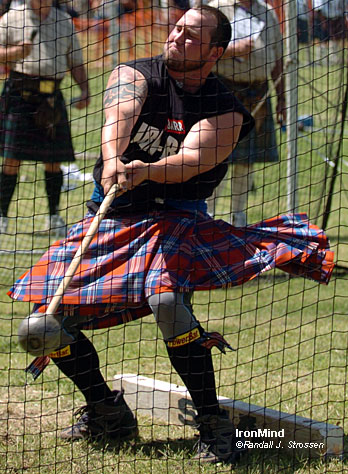 Brock won the 56 for distance, both hammers, the weight for height and tied for first on the caber. Sean Betz was second, Harrison Bailey was third and Dave Brown, who broke the field record in the 28-pound weight for distance, was fourth. 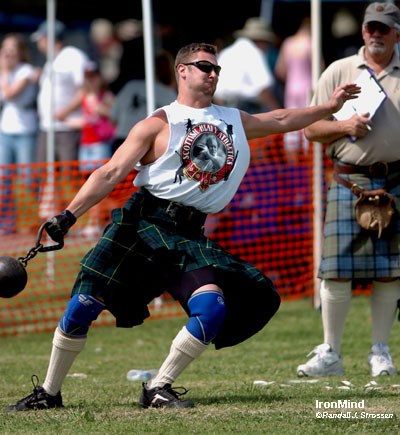 In the amateurs, Bert Sorin was having a lot of fun and doing so well that the guess is that he's on his way to the pro ranks. Incidentally, California's own Steve Conway, shown to Bert's right, will be the head judge at this year's world championships, in Scotland. IronMind® | Randall J. Strossen, Ph.D. photo.