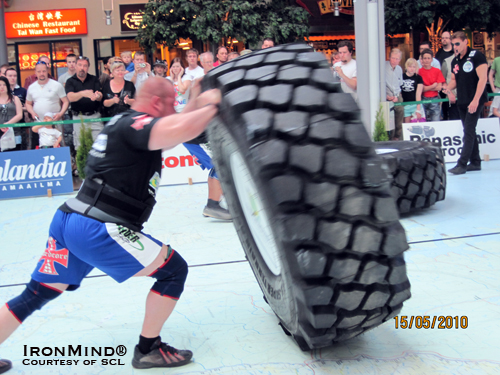 The 2010 East Finland Challenge was held Saturday, 17 July, in Finland city called Varkaus.  The competition brought together the top Finnish strongman athletes at the moment.  It was very sunny and hot day in Varkaus when the first event started.  With a full audience and [set in the] home city of Jani Kolehmainen, the athletes were ready to start the six-event competition.