Coming off his fourth win at the Finnish Grip Nationals, Juha Harju told IronMind today that his organization, Gripmonsters, had also recently “introduced grip strength at the World Powerlifting Congress (WPC) Finnish Nationals in Helsinki,” and that he will be refereeing at a grip contest in Russia this summer. 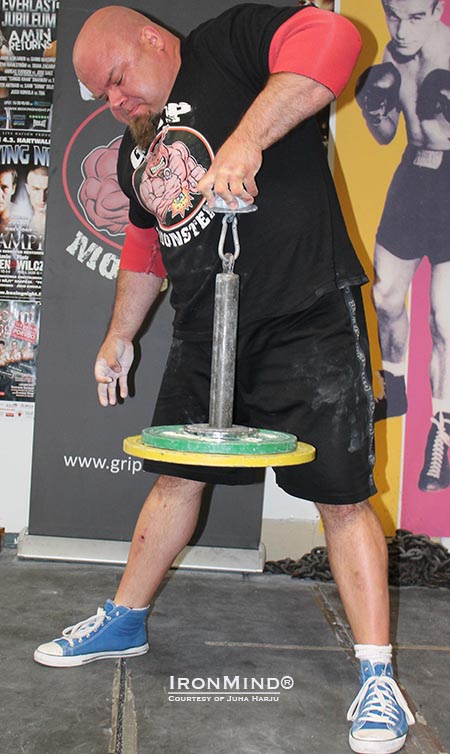 Juha Harju on the IronMind Hub, one of the events at the recent Finnish Grip Championships, where Harju won his fourth title and five world records were set on some of David Horne’s grip strength implements.  Harju is certified on Captains of Crush No. 3 gripper and is a former world record holder on the Captains of Crush (CoC) Silver Bullet.  IronMind® | Image courtesy of Juha Harju

“I would also like to mention that in Moscow, Russia there will be a big grip strength contest on August 23, 2014. My friend Alexey Tyukalov invited me to come referee this contest. It is huge honor for me. It´s great to be part of National grip happenings,” said Harju.