Two-time World's Strongest Man winner Jouko Ahola is set to begin his fourth movie, which is based on the Winter War - quite a story in itself, because when Russia invaded Finland in 1939, the Finns, even though vastly outnumbered, fought back so ferociously that they held off the assault. 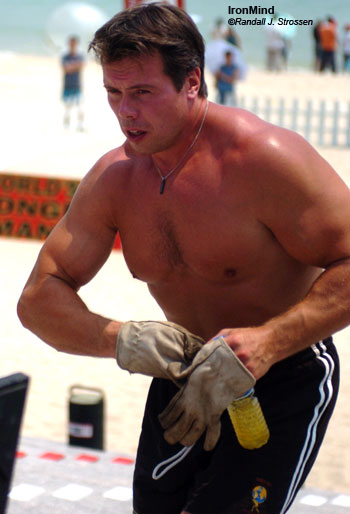 Not an armchair expert, when Jouko Ahola - head equipment guru for the 2006 MET-Rx World's Strongest Man contest - had to set up the power stairs, he just carried the implements over himself. IronMind® | Randall J. Strossen, Ph.D. photo.

Jouko told IronMind® that it's "kind of a horror movie," with ties to a true story, and shooting begins in Lithuania in April.