He won the World's Strongest Man contest twice, successfully made the transition to acting, and now, in a huge move in the strongman world, Jouko Ahola has become President of World Strongman Cup. 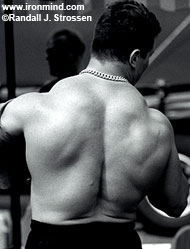 Martin Muhr, Manager of World Strongmancup, told IronMind® today, "We are on the way to the top . . . I will give the top guys a chance to compete and the best news is Jouko Ahola is now the new President of World Strongman Cup."

Muhr said that World Strongman Cup is planning "eight competitions around the world" this year, and the first will be in Gran Canaria on April 6, with a start list of competitors that shows the drawing power of this strongman series: