The FORTISSIMUS 2008 steering committee has decided that the second day of the Louis Cyr World Strength Challenge will be the Jon Pall Sigmarsson Day, Paul Ohl told IronMind. 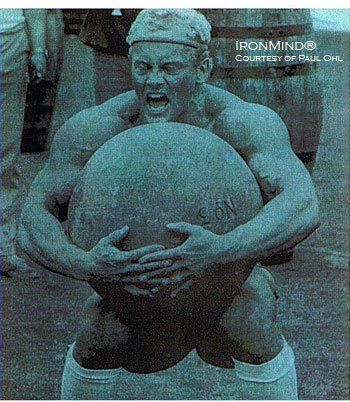 
Paul Ohl, head of the FORTISSIMUS steering committee, said: "As a reminder, Jon Pall Sigmarsson was the very first strength athlete to win four times the World's Strongest Man title (Sweden, 1984; France, 1986; Hungary, 1988; Finland, 1990). Adding to this, [Jon Pall won] five World Muscle Power Championships and a bronze medal at the IPF World Powerlifting Championships, in Calcutta, India, in 1981. Sigmarsson was also the first ever to lift the five McGlashen (Atlas) stones in less than 25 seconds, back in 1988. To quote David Webster, OBE, strength historian, 'Sigmarsson is still considered as the all-time greatest of the genre,'" said Ohl.

Reflecting on the strongman who first described himself in Viking terms, Paul Ohl told IronMind that at least two events of the competition will honor the memory of the champion he himself met in Reykjavik in 1987.

"If strength athletics became the sport it is today, attracting millions the world over, we have to give huge credit to Jon Pall Sigmarsson for having set the stage with such class and sportsmanship more than twenty years ago," said Paul Ohl.