After two days of competition featuring many of the world’s best strongmen, Jean-Francois Caron is still at the front of the pack, while his countryman Louis-Philippe Jean has moved into second place. 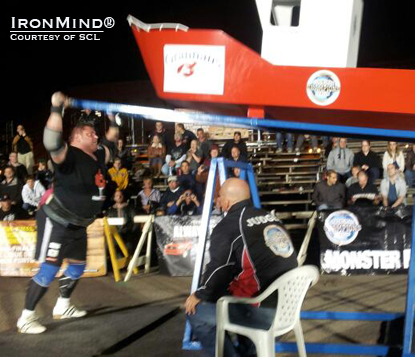 “Caron is still in the lead as Zydrunas made a mistake in the Hercules Hold and got least in that event.  Very exciting close scores so all is still open and we are just halfway through the competition,” Marcel Mostert reported to IronMind.

Here are the official cumulative scores through the first two days: