"It was won very clearly by Jarno Hams," Marcel Mostert reported to IronMind®, "although he had some problems with his neck and takes a break of one month now to recover." 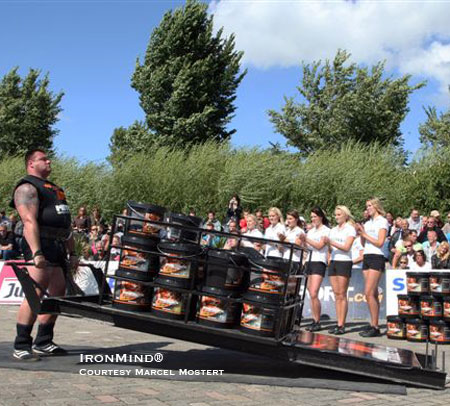 Jarno Hams holds on to his claim as the Dutch Strongest Man. IronMind® | Photo courtesy of Marcel Mostert.

"For the fifth time in a row he won. The competition had six events, and there was a nice crowd of around 3,000 people. It was a very nice edition again with a growing standard."

Also of note, Mostert told IronMind® that the Strongman Champions League competition that was held in Holland on June 1 will be broadcast on Eurosport this coming Friday at 23.30 (11:30 p.m.).