“Five medals will be heading their way to Russia this year, increasing from the two won last year,” David Horne reported to IronMind today after yesterday’s World’s Strongest Hands competition, which was run in multiple locations worldwide. 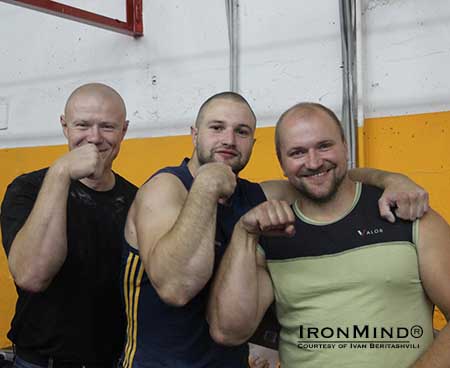 
“Ivan Beritashvili once again won the Open class, a week after armwrestling at the A1 contest.

“Top 3 in the 3 classes in this year’s World’s Strongest Hands:


“The standard keeps rising with world and national records falling, and of course the lifters PBs too!
“American Dave Thornton has been 2nd twice and third once, and is really an extremely well-rounded grip athlete!,” said Horne.

Please check David Horne’s World of Grip for for the complete results.