Juha Harju announced that he will end the year with a bang: How about an IronMind Record Breakers with, count them, four former/current world record holders among the competitors?! 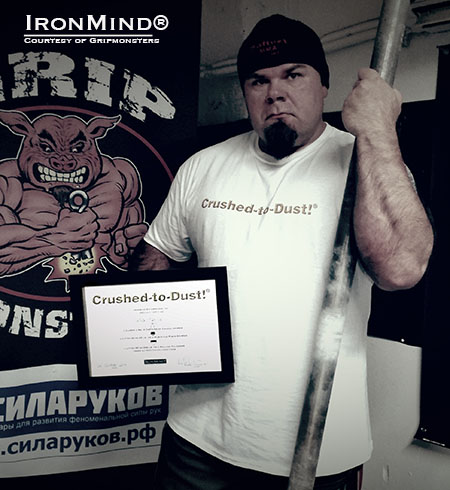 Finnish grip strength competitor and promoter Juha Harju is ending the year with an IronMind Record Breakers which is expected to produce some eyeball-popping results.  IronMind® | Photo courtesy of Juha Harju/Gripmonsters


The official events are:

For the spectators, Harju is serving up:

So, whether a competitor, a spectator or somewhere in between, the IronMind Record Breakers has something for you.