He’s a legend in the grip strength world, the man who certified on a Captains of Crush No. 3.5 gripper with very little training and for years held the world record on the Apollon’s Axle Double Overhand Deadlift at a mighty 501 lb. 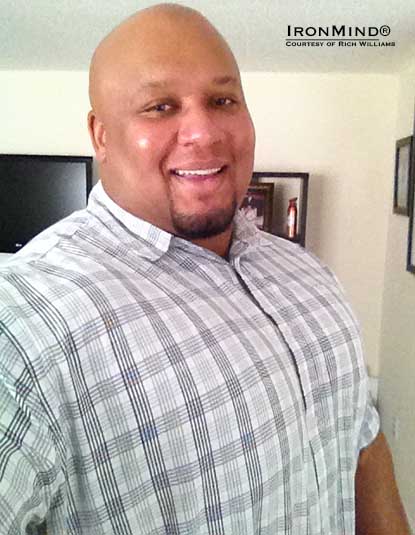 At 6' 3" tall and about 410 lb., Christian Evangelist Rich Williams is a formidable force, something that he can easily demonstrate with the raw power of his hands.  IronMind® | Photo courtesy of Rich Williams.


Rich Williams has stood alone in thick handled feats of grip strength and was the first man in the world to certify on both the Captains of Crush No. 3 and No. 3.5 grippers on the same day.  IronMind® | Photo courtesy of Bert Sorin.

That was a number nobody could approach until Mike Burke exceeded it at Odd Haugen’s grip contest at the LA FitExpo earlier this year, but just as Burke has more in the tank, Williams told IronMind that he has done well over 500 lb. on multiple occasions, so if you want to see a new world record in the Apollon’s Axle, come to the NorCal FitExpo, where Odd Haugen’s latest strength extravaganza will include the IronMind Record Breakers.

Williams is stoked, telling IronMind that unlike the rumors that he had retired from grip contests, he is eager to compete and for the grip strength world this means that Haugen is likely to exceed the high water mark he established at the LA FitExpo in January, where Mike Burke delivered a sensational performance—the stage is set for that to become the opening act for the IronMind Record Breakers, with a field that now includes the one and only Rich Williams. 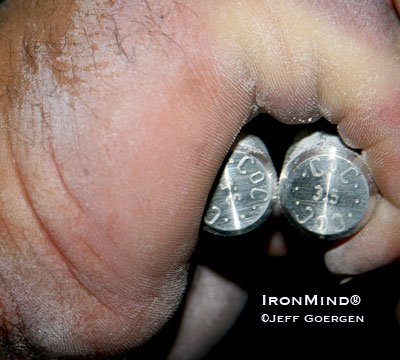 Rich Williams was the first man in the world to certify on both the Captains of Crush No. 3 and No. 3.5 grippers on the same day.  IronMind® | Photo courtesy of Jeff Goergen.