Iranian President Mahmoud Ahmadinejad visited the national weightlifting team at its training hall in Tehran yesterday, as a delegation prepared to leave for the upcoming Asian Weightlifting Championships. 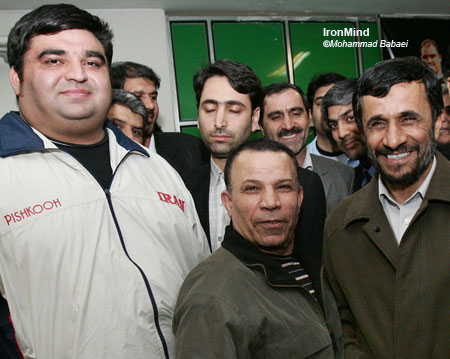