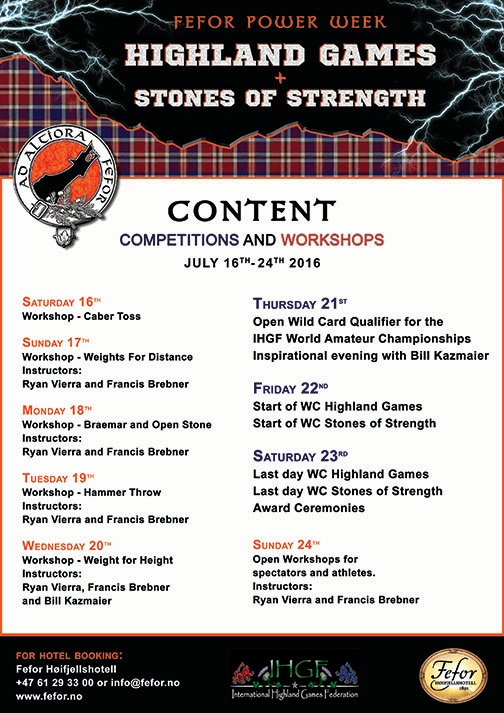 Here are the details, from the IHGF press release:

"The Fefor Power Week will be the first of its kind ever staged, covering seminars and throwing clinics in July 16–20, and featuring the legendary strongman and powerlifter, Bill Kazmaier, a recent addition to the IHGF team.

On 24 July, an open workshop will conclude the Power Week in Fefor. The entire Power Week is open to all international athletes who wish to receive in-depth instruction in the sport of Highland Games, from novice to masters divisions.