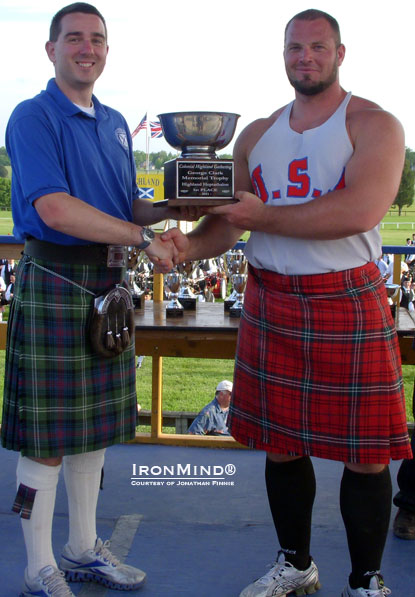 
“Gregor Edmunds was the overall champion of our athletics heptathlon,” Jonathan Finnie reported to IronMind today.

“As the afternoon progressed, the new Fair Hill caber was tamed by Mike Zowlkiewcz (second), Sam Grammer (third) and Gregor, [who had the winning] throw of 11:30.

“All in all, an awesome display of sport,” Finnie said.