“Giants Live is kicking into action in Finland with Grand Prix number two of the 2012 season on June 9 at Ideapark,” Colin Bryce reported to IronMind. 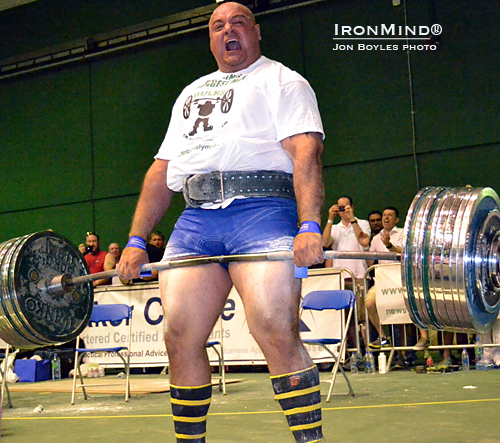 
“We then go to Budapest, Hungary for the 17th and finish the month in Leeds, UK for the Europe's Strongest Man.

“The line up for Finland is looking very impressive,”said Bryce, who is the man behind Giants Live—The Official Qualifying Tour for the World’s Strongest Man contest.

“As ever,” Bryce explained, “the top three will get invited directly to the World's Strongest Man 2012.”

“The location for the event is Ideapark, in Lempaala, near Tampere City.  It is an enormous shopping center—so a good crowd is guaranteed.

"This is the second year Giants Live have collaborated with the SCL producers Ilkka Kinnunen and Marcel Mostert.  These two legends of the sport will be refereeing and help Giants Live present one of the biggest shows in Scandanavia this year," said Bryce.