Georgian National Weightlifting Coach Ivane Grikurovi told IronMind® today that it's true: Georgia will not be sending a team to the European Weightlifting Championships next month. 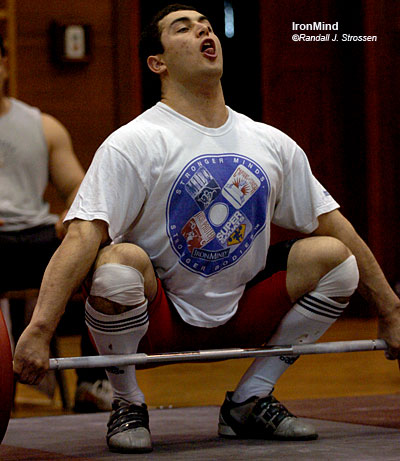 "We only have five lifters," Grikurovi explained, "and four of them have contusions at the moment."

Although a small and hardly wealthy country, Georgia - under the coaching leadership of Grikurovi - has produced two Olympic gold medalists in weightlifting, Kahi Kahiashvili and George Asanidze, a stunning accomplishment considering the resources available to support the weightlifting program.

2005 Junior World Champion Arsen Kasabiev looks to be the next superstar Georgian weightlifter and Grikurovi said that Kasabiev is starting "slowly, slowly" to return to training and might start in the World Championships later this year. 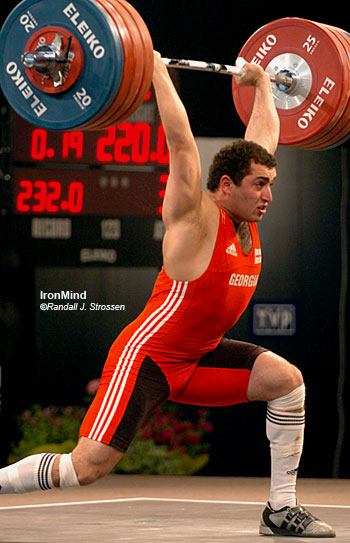 After bombing in the snatch at the 2006 European Weightlifting Championships, Arsen Kasabiev bounced back and stuck this 220-kg jerk for the gold medal in the 94-kg category. IronMind® | Randall J. Strossen, Ph.D. photo.