A small town dared to dream big and when they tapped the right man for the job, plans to stage a major strongman contest in rural Quebec not only materialized, but the resulting event - Fortissimus - became one of the top three strongman contests of 2008. 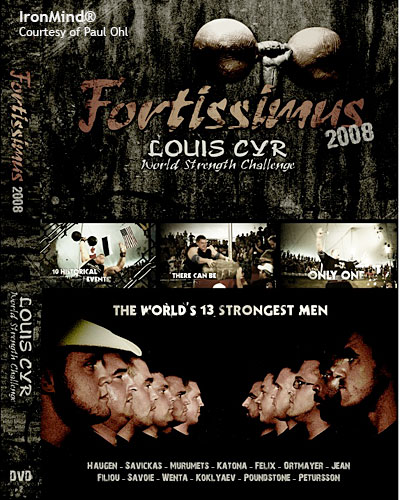 Fortissimus "brought together 13 world-class strength athletes from 10 countries . . . They were to challenge 10 events, and only one would become the legendary Louis Cyr's modern successor," said Paul Ohl.

With commentary in both French and English, the DVD of the contest has more than two hours of action, and IronMind® is expecting to receive the first shipment within a few days - once we actually have the DVDs in hand, we will announce their arrival and put them in the IronMind® online store.