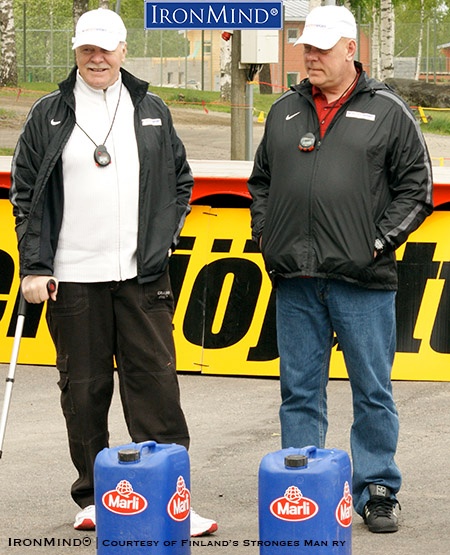 “Based on the release in their information channel, the world's oldest ongoing strongman competition—Finland’s Strongest Man—has signed on with FINADA, and starting in 2017, everyone competing in Finland's Strongest Man/Woman will need to sign the anti-doping contract,” IronMind was told today.

“This competition has been run annually since 1987 by former World’s Strongest Man athletes Ilkka Nummisto and Markku Suonenvirta, and it is aired on Finnish National TV channel Yle.

“Next spring, the competition celebrates its 30th anniversary,” which gives an idea of how deep Finnish roots in strongman really are.