“Ervin Katona won the third stage in SCL 2011,” Marcel Mostert reported to IronMind: “He won three events and broke the world record on the Viking press,  with 150 kg for 22 reps!  Very impressive.” 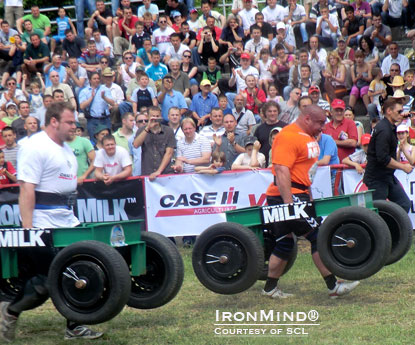 
“Johannes Arsjo from Sweden took the second place and Jimmy Laureys from Belgium the  third place overall.  Jimmy is coming slowly into his best shape ever.  Martin Wildauer, the deadlift kid, just missed the podium by 1 point.

“There was a big tractor expo in Novi Sad, who sponsored mainly our SCL there in cooperation with CASE tractors.  The people there did a great job and want to see us next year again!
“Hopefully the tractor to pull will be a little bit lighter next year, as the pull was a real killer for the athletes. Yes, even strongman have a limit, ha ha!”

Here are the overall results for the top 8:

“Ervin Katona is also taking the lead now in the overall Strongman Champions League ranking,” said Mostert, with 52 points, just ahead of Zydrunas Savickas with 50 points.

“So, we are ready for the fourth stage  of SCL , on June 4 in Johannesburg-Pretoria, the SCL South Africa.  The strongman champions league train rides again! 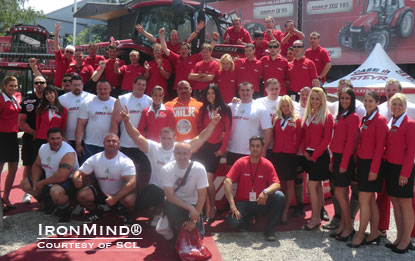