Pleasanton, California - First he won the World Hammer Championships and then he added the overall title . . . not a bad weekend for Eric Frasure. 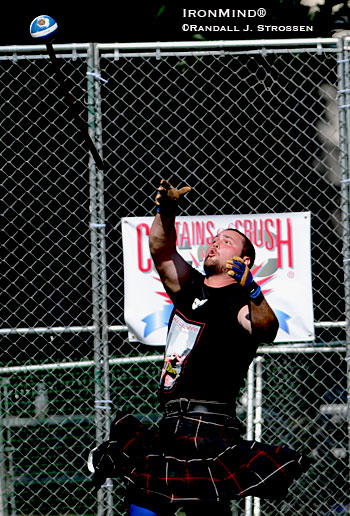 Eric Frasure picked up two for the price of one at Pleasanton this weekend, winning both the World Hammer Championships and the overall title. IronMind® | Randall J. Strossen, Ph.D. photo.

Here are the final places and points in the overall competition: