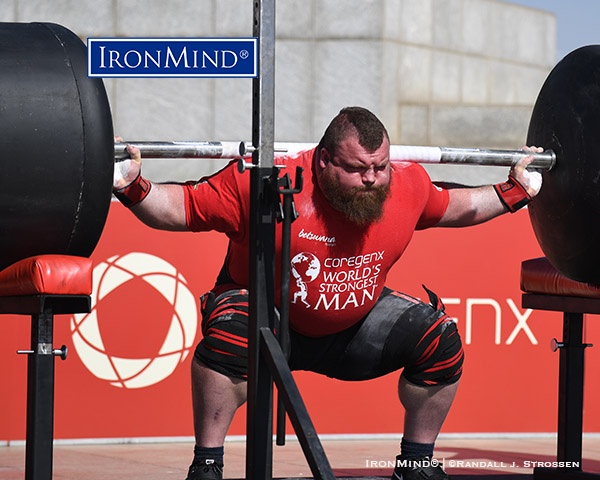 Gaborone, Botswana - Eddie Hall (UK) won two of the three events in day one of the finals of World’s Strongest Man 2017 today, establishing himself as the man to beat when the action resumes tomorrow.

Hall also won the Viking Press and ended the day with 26 points. Brian Shaw (USA) is in second place, one-half point behind Hall, and Hafthor Julius Bjornssson (Iceland) is three points behind Shaw.

The action resumes tomorrow, starting with the Plane Pull.