Montmagny, Quebec -  This is one of those drawings where you’d prefer to be at the top of the list, but 2008 Fortissimus winner Derek Poundstone was drawn for the leadoff position in this year’s contest. 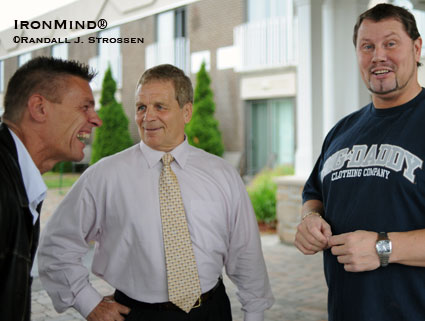 The opening today included bestowing a Fortissimus Lifetime Achievement Award on four-time World’s Strongest Man winner Magnus Ver Magnusson, who in expressing his thanks, graciously saluted the organizing committee, since he said that he knew firsthand how difficult it is to organize a strongman contest.

Here’s the starting order for Fortissimus 2009: