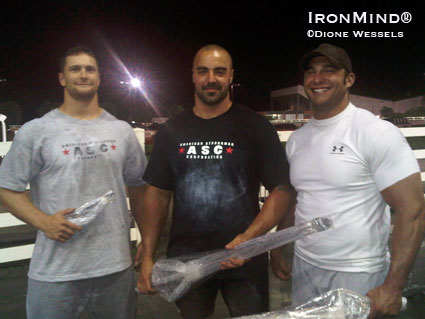 
Dave Mihalov won the title, Beau Gertz was second and Justin Blake was third in what was ASC’s second big contest in two weeks.

“The lightweight athletes were very impressive as they walked with an 830-pound yoke, pressed a 280-pound axle, carried a 650-pound frame with the IronMind® sandbags,” said Wessels.  “It rained the entire time, but it did not stop the show from continuing!”