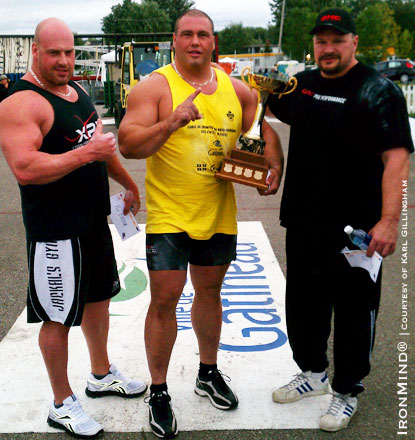 
Christian Savoie was the defending champion, so he’s on a roll with this contest, and runner-up Jean-Francois Caron is off to compete in the MET-Rx World’s Strongest Man contest later this month.

Rounding out the podium, 46-year old Karl Gillingham told IronMind that he was happy with his performance, which followed his victory in Sequim earlier this year, so who knows, maybe Karl Gillingham will be eying next year’s Masters World‘s Strongest Man contest.