Beijing - The powerhouse Chinese weightlifting team opened its 2008 Olympic appearance with a golden performance, as Chen Xiexia went six for six in the women's 48-kg class. 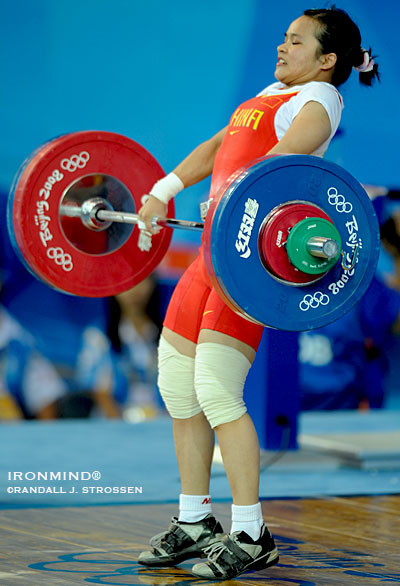 Chen sailed through a perfect meet, ending with 95 kg in the snatch and 117 kg in the clean and jerk, good for new Olympic records in the clean and jerk, and the total. As much as Chen appeared to be lifting well within her capabilities, she finished 13 kg ahead of Sibel Ozkan (Turkey). Chen Wei-Ling (Taipei) won the bronze medal with a total of 196 kg.