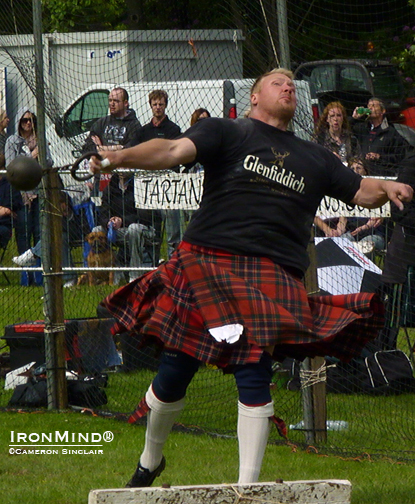 In the 28-lb. weight for distance, Craig Sinclair showed great form with a winning distance of 83’ 11’’.  In second place was Bruce Robb with a throw of 80’ 5’’, in third place was Sinclair Patience with 74’, and Bruce Aitken came in fourth place with a distance of 73’ 2’’.