Brian Shaw added a couple more exclamation points to his 2010 strongman season by winning the World Strongman Super Series Swedish Grand Prix, as well as the overall title for 2010. 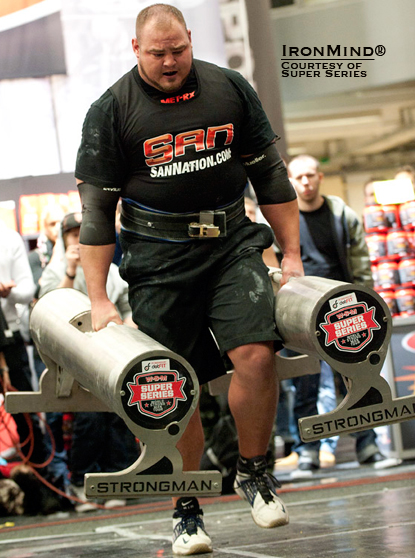 
Here’s how things shaped up at the top, by event:

*tie with Louis-Philippe Jean on reps

And here are the top three for the overall 2010 World Strongman Super Series final scores: