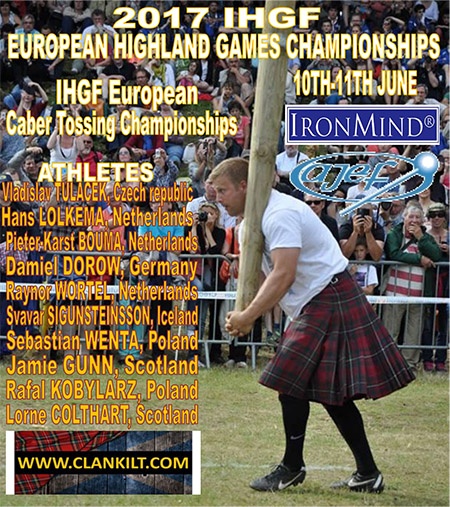 Bressuire, France continues to build its history of hosting premiere Highland Games events and this year will bring the IHGF European Highland Games Championships to the Bressuire Castle. IronMind® | Artwork courtesy of the IHGF


Held within the majestic grounds of the 1000 year old Bressuire castle which sets the stage and backdrop for the 2017 IHGF European Highland Games Championships 10th-11th June ,  a total of ten athletes from six nations across Europe have been invited.

Bressuire celebrates it 21st anniversary of Highland Games and this year as normal is leaving no stone unturned in producing a traditional Highland Games atmosphere, which includes all the customary elements from the heavy events, Highland dancing, folk music, pipe and much more.

These games have grown in the last two decades to be one of the premier games on the international circuit and they draws thousands of spectators from all over France and surrounding countries to its two days of action-packed Highland games festivities at Bressuire Castle.

As well as the European Championships there will also be the French Amateur Highland games Championships, which will have several classes competing in all.

The lineup of athletes up for this year’s IHGF Pro European Championships includes: