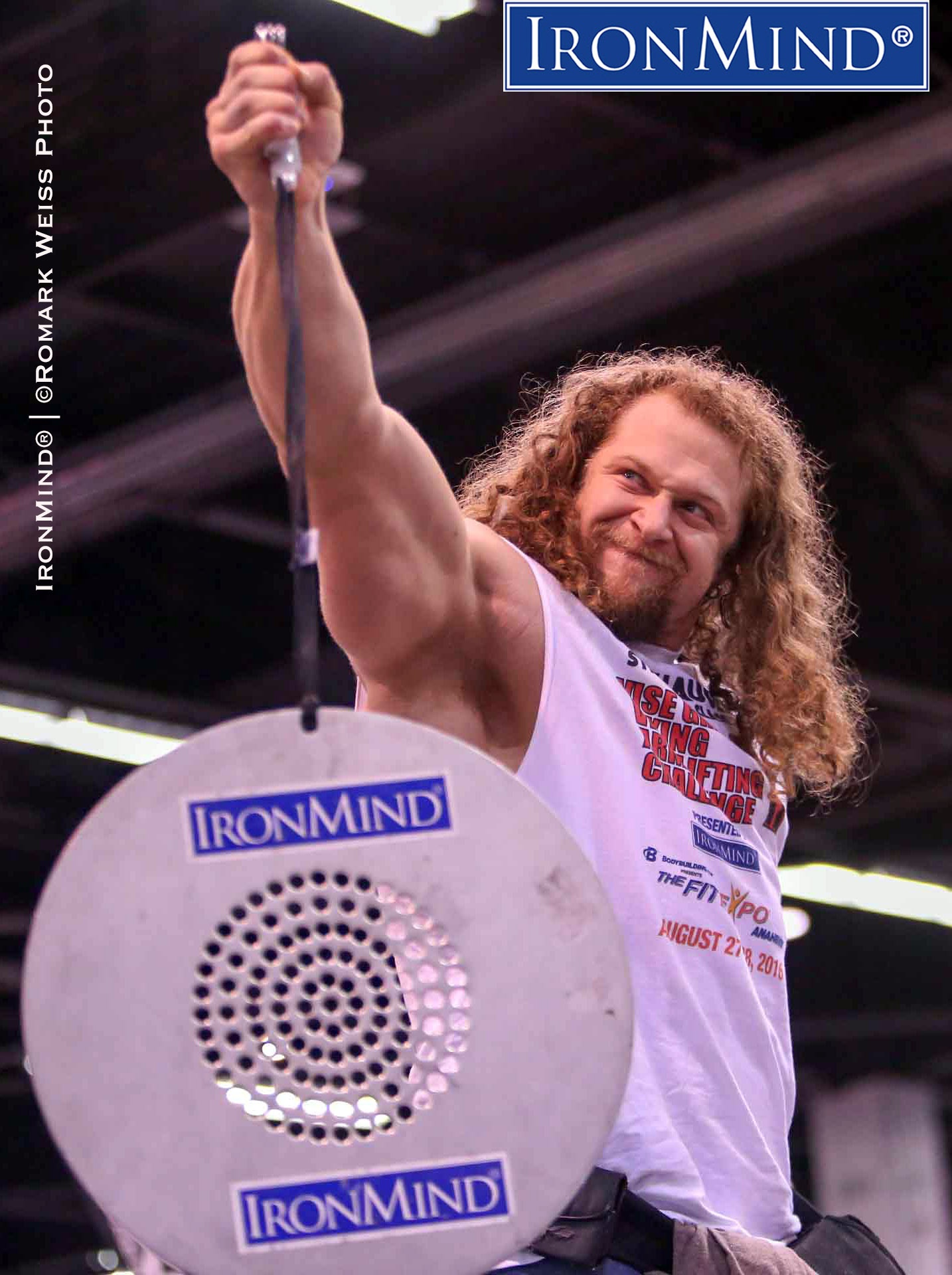 Shown on the Captains of Crush (CoC) Silver Bullet, Jon Call didn’t waste any time making his mark in the armlifting world, as he finished sixth overall in a field of world-class competitors that Annaheim FitExpo. IronMind® | ©Romark Weiss photo

Licis, who just returned from the World’s Strongest Man contest is on a roll: with such lifts as 271 lb. on the Rolling Thunder and 464-lb. on the Apollon’s Axle double overhand deadlift, he’s going to be a force to be reckoned with in the grip strength world. 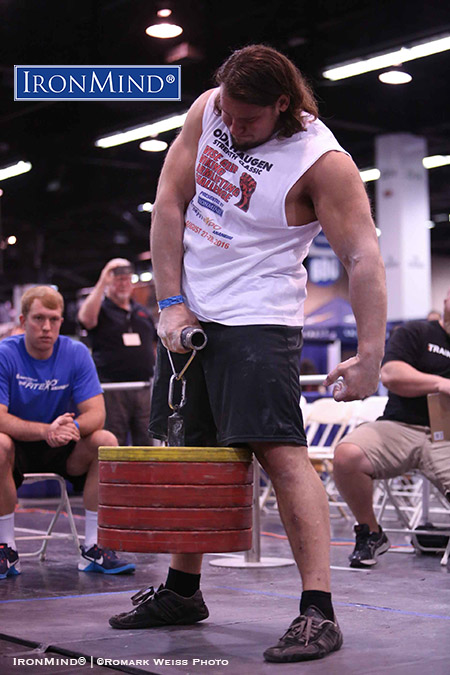 Martins Licis is hitting his stride, adding grip strength to his accomplishments in mas wrestling and strongman. Licis hit a most impressive 271 lb. on the IronMind Rolling Thunder, part of the winning pace he set at the 2016 Visegrip Viking Armlifting Challenge at the Anaheim FitExpo. IronMind® | ©Romark Weiss photo


Haugen, about four decades Licis’s senior, placed third overall, with lifts that were especially impressive considering that Haugen is scheduled for hip replacement surgery in a couple of weeks. 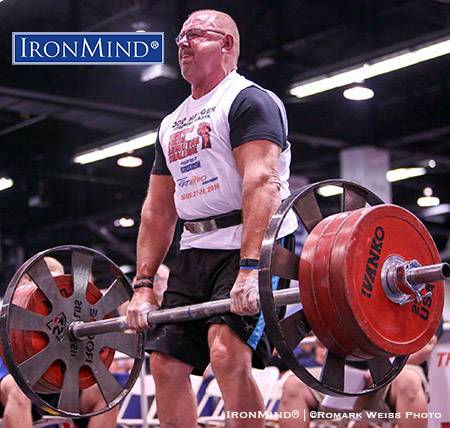 He’ll lift more with one leg than you might with two: even when hampered by a hip on the verge of being replaced, Odd Haugen pulled an impressive 442-lb. double overhand deadlift on the IronMind Apollon’s Axle at the Visegrip Viking Armlifting Challenge. IronMind® | ©Romark Weiss photo


John Machnik, who distinguished himself at Haugen’s contest at the San Jose FitExpo earlier this year, grabbed second place, and Jon Call, placing sixth overall, showed he’s a definite contender with his most impressive debut in armlifting.