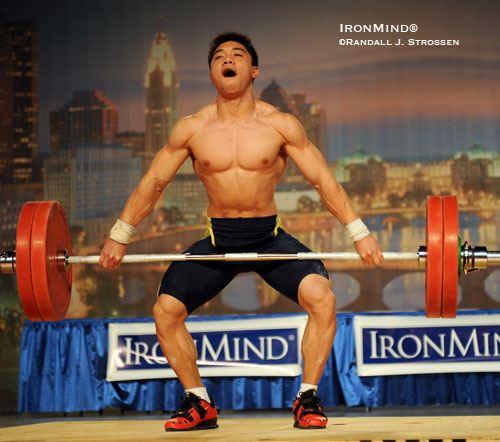 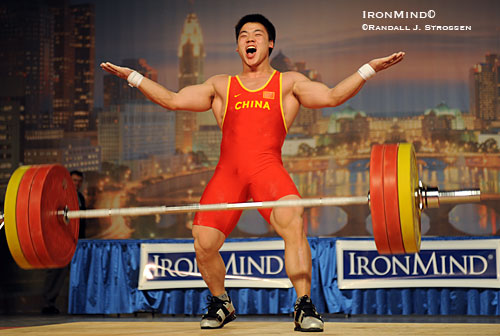 Lu Changliang celebrates another good lift at the invitational weightlifting exhibition at the Arnold Sports Festival yesterday. Lu Changliang and his teammate, Zhang Jie, are Junior World champions, and their appearance on the main stage of the EXPO hall at the 2008 Arnold Sports Festival extends the tradition of presenting some of the world's best weightlifters at the Arnold. IronMind® | Randall J. Strossen photo.

IronMind® would like to thank everyone who helped make this exhibition a huge success - see you again next year! 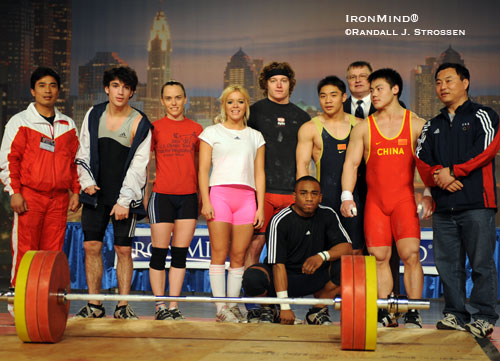