Incheon, South Korea—Picking up where things left off yesterday, it was another day of superb weightlifting at the Asian Games, with two world records set in the women’s 53-kg category and three set in the men’s 62-kg category. 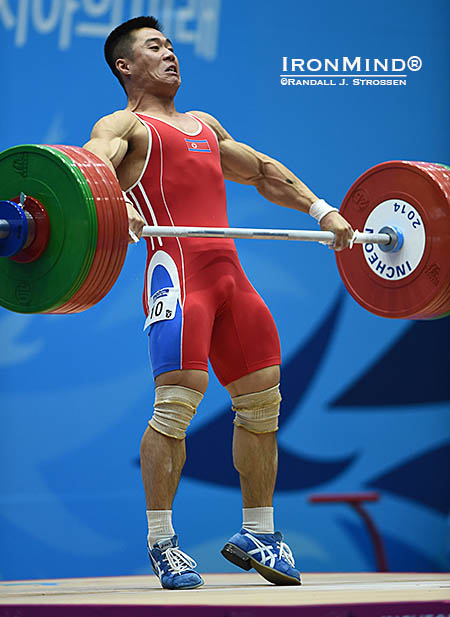 
Zulfiya Chinshanlo (Kazakhstan) got the ball rolling with a 132-kg world record clean and jerk in the women’s 53-kg category, a great lift, but Hsu Shu Ching (Taiwan) must have thought "Me too," because she matched the lift for a world record in the total and the gold medal.

The 62-kg men featured Kim Un Guk (North Korea) and Chen Lijun (China)—Kim is the 2012 Olympic champion and Chen beat him by 1 kg to win the last year’s world championships.