A couple of days ago, IronMind® heard a rumor that Arild Haugen was leaving strongman for boxing and we have been in touch with Arild since then - awaiting his go-ahead to make to this announcement officially and on the record. 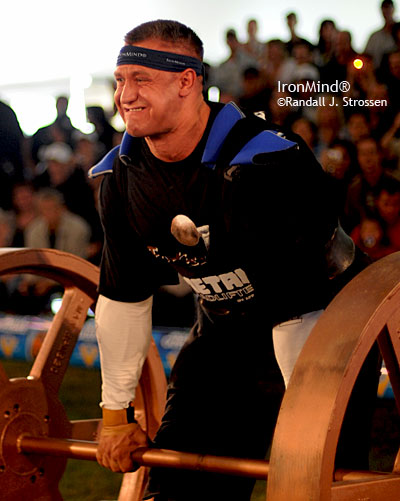 Arild Haugen made his North American debut in strongman this summer, competing at Fortissimus, where things did not go perfectly for the personable Norwegian strongman with the physique of a bodybuilder, but Haugen moved forward, and capped off his impressive season by making it into the finals of the 2008 World's Strongest Man contest. IronMind® | Randall J. Strossen, Ph.D. photo.


Arild Haugen has had a memorable year in strongman, showing flashes of brilliance that give credence to his stated goal of winning the World's Strongest Man contest in 2010. And he will always be remembered for his other-worldly performance on the Atlas Stones at this year's World's Strongest Man contest, so dominating that they caused head referee Colin Bryce to say, "If some of these other guys regard themselves as King of the Stones, that must make Arild Emperor.'"

Quick to thank his friends, family, fans and sponsors for their support, Arild Haugen cited the high demands of strongman compared to its relatively low payoff and said that as he was presented alternatives ranging from dancing to MMA, he finally chose to sign a contract to become a professional boxer and that will be his focus in 2009.