Amy Wattles has just become the second woman in the world to certify on the Captains of Crush No. 2 gripper, but, hang on, this is looking like it might only be a warm up for her. 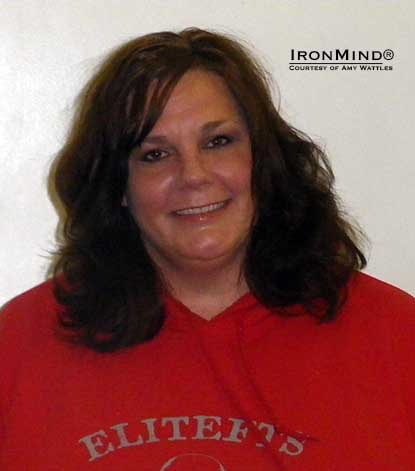 40-year old Amy Wattles “handily crushed the No. 2” said her referee Darin Waldram and then missed the Captains of Crush No. 2.5 gripper by a whisker (in an unofficial attempt), so watch for more from Amy down the road; and for right now, she’s just become the second woman in the world to certify on the Captains of Crush No. 2 gripper.  IronMind® |  Photo courtesy of Amy Wattles.


Saying that things went off “seamlessly” and how nice it was to meet fellow gripster Darin “and his lovely family,” Amy has the sort of background that makes her performance easy to understand: she has competed in strongwoman and Highland Games as well as grip, with a couple of national titles to her credit, and later this month she will be competing in the 2013 IronMind Record Breakers, where she “plans on making on her mark.”

Congratulations Amy, it’s official—your name has been added to the No. 2 Captains of Crush Certification List—and many thanks Darin, for serving as the referee on Amy’s official attempt.