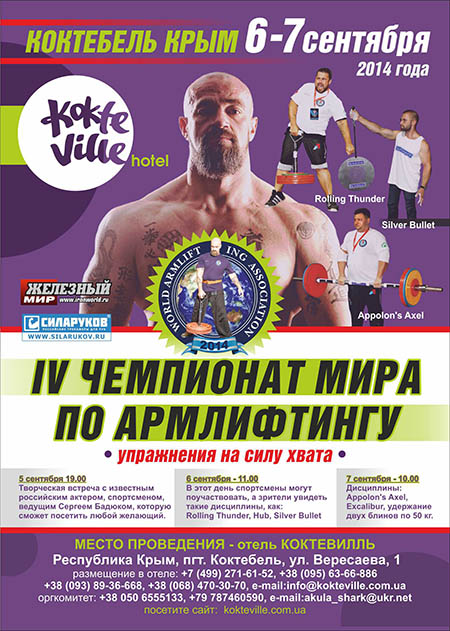 Grip strength contests continue to grow and the 4th World Armlifting Championships give an indication of the global interest in such grip strength standards as the Rolling Thunder, CoC Silver Bullet and Apollon’s Axle Double Overhand Deadlift.  IronMind® | Artwork courtesy of the World Armlifting Association


Following are some highlights from the official announcement.

“On the eve of the official opening of the championship, 5 September, one of the main organizers of the tournament - the president of the World Armlifting Association, a famous Russian actor, host and athlete, Sergei Badyuk, will hold a creative meeting, which everyone is invited to attend. A crew of Sergei Nikolaevich will shoot a film about the World Cup. I think you will definitely be able to see it yourself,” said Andrey Sharkov, who welcomed participants to “combine participation in the championship with rest,” by enjoying the abundant natural beauty and rich history of this region."