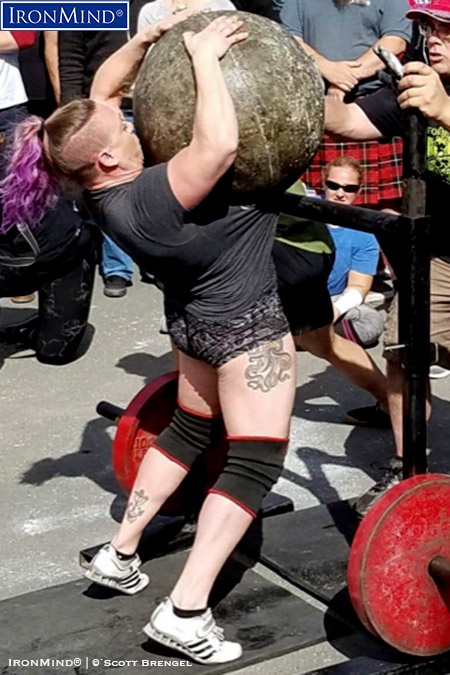 Liefia Ingalls picked up her fourth title and broke a world record at the 2018 California’s Strongest Man contest.

The heavyweight men’s class was a dominant victory for Nathan Goltry, who won 3 of 5 events and sealed the deal in the final event by lifting five Atlas stones, ranging in weight from 280 to 400 lb. onto to a nearly 5-foot platform, taking the title of California’s Strongest Man 2018.

In the lightweight class, Chris Burke put on a clinic after taking a year off from competition. Burke claimed his third title and is looking to turn pro in 2018. The lightweight field included top-ranked competitors Jesse Nelson, Tom Yannuzzi, and Ty Roberts who finished second, third and fourth respectively, with Nelson and Yannuzzi separated only by one-half point.

The woman’s category was quite the spectacle, won by four-time California’s Strongest Woman Liefia Ingalls, who began strongman training only four years ago under the watchful eye of Coach Brengel. In the lightweight women’s class, Emily Elliot grabbed her second straight title.

This was the 16th anniversary of the longest running strongman show on the West Coast and the tenth year hosting the contest next to the ocean in Huntington Beach, thanks to East West Strength’s Brengel and teammates Cameron Gardner, Sean Demarinis, Casey Garrison, and Ashley Crawford.