“The 2014 US World Championships were held in Pyroll Areena at Pyhtää, Finland and introduced for the first time classes also to women -60 kg, women -70 kg and men -80 kg along with the women´s open class and men -105 kg [categories],” Jyrki Rantanen reported to IronMind. 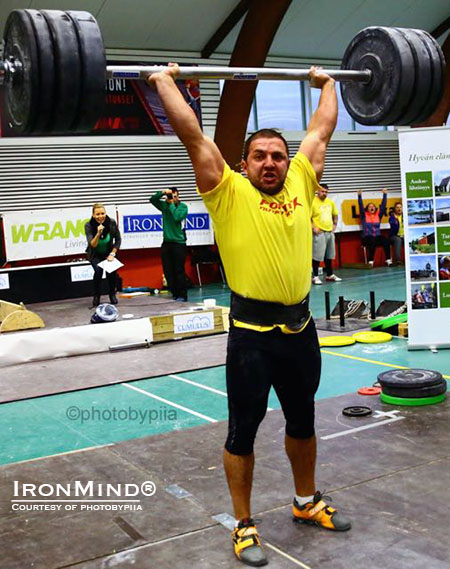 
“Overall, the result levels in all classes was very high and we saw several world record level performances during the 2-day competition.

“I'm also very happy that this 4th US World Championships happening was the very best of them so far - we had an excellent, exciting weekend over here :)

“The first -60 kg World Champion is Sanna Savolainen from Finland, who proved her weightlifting background in the Axle lift, while she overheaded the same 75 kg as the women in the next bigger class. 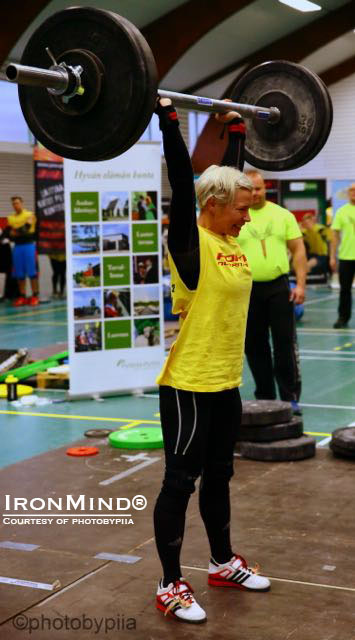 
“In -70 kg Norway's Strongest Woman Janne Grandalen was on fire and did solid performances over the both days ending up as the first winner of this, another new class, in US World Championships.

“Norway took gold also in men's -80 kg as Marius Halvorsen had won the competition already before the last event, which he did not attempt due a small injury.

“The open women’s competition was dominated by Olga Liacshuk from Ukraine. Ukraine also won the men's 105 kg competition as Volomydyr Reksha edged out England's great showman Will Baggott by only 1.5 points. 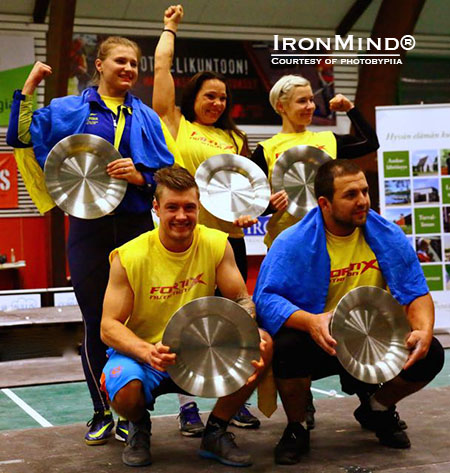 Here are the winners at the 2014 United Strongmen World Championships. IronMind® | Courtesy of photobypiia.com