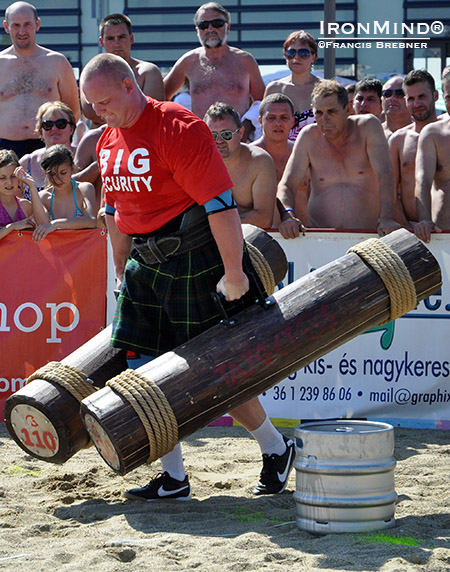 Since last year’s IHGF World Highland Games Strength Challenge, “the overall standard had significantly improved,” Francis Brebner reported, “and new contenders for this year’s championships were Ögmundsson, Kobylarz and Langhorst, all of whom were very impressive to see for the first time.   “From the first event on, Kobylarz took the reins, winning four of the eight events, but it was not all smooth terrain. He had to work extra hard for his victories, but in the end he claimed the championships title with a 9-point lead,” said Brebner.