The IHGF has been busy and here’s a top line report on their two most recent contests: the 2014 IHGF Amateur Highland Games World Championships and the 2nd Annual IHGF Stones of Strength World Challenge, direct from IHGF CEO Francis Brebner. 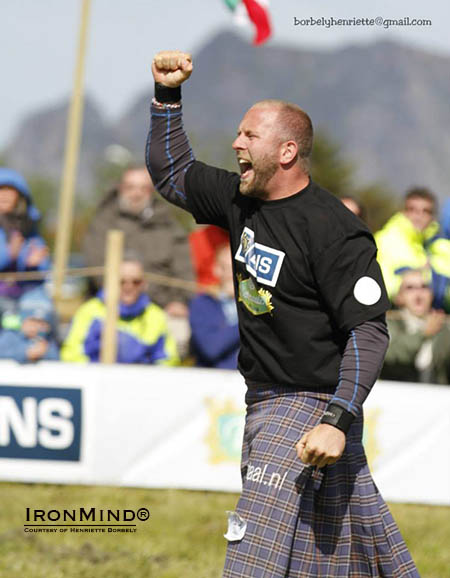 Two big competitions--the IHGF World Amateur Highland Games and the IHGF Stone of Strength World Challenge—took place back to back on Vesterålen Island, Norway this past weekend and both were a huge success.    One of the biggest gatherings of any kind ever held on the island, the events attracted about 1500 spectators from the surrounding rural area of Andøya.  The setting for the IHGF Amateur Highland Games World Championships was one of the most beautiful ever, with the surrounding sea and the mountains as the backdrop.    It all came down to the caber toss in a climactic finish, with four athletes separated by one-half point.  When all was said and done, Pieter Karst Bouma of Holland prevailed.  The entire competition was called “a slug fest of the highest caliber,” with an electrifying competitive spirit among the twelve international athletes.

IHGF Stones of Strength World Challenge, also held in Andøya, was a major triumph, filmed by three camera crews and cheered on throughout the entire competition from start to finish.  Including a Husafell stone carry, stone duck walk, stone press overhead, and Atlas Stones, the challenge was won by strongman athlete Jonathan Kelly of Ireland, who also competed in the Amateur Highland Games Championships.  Kelly noted, “I like this concept of using stones only in a competition—it was exciting.”