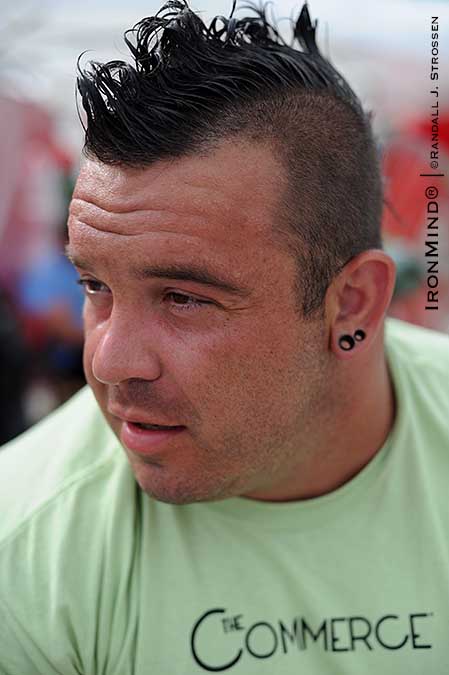 Be sure to catch Mike Jenkins (USA), a fleet footed 400 pounder, in the Group 5 qualifiers for the 2013 World’s Strongest Man contest, which are coming up on the CBS Sports Network.  IronMind® | Randall J. Strossen photo

"We're excited to be back with the CBS family, which is where the World's Strongest Man debuted back in 1977," said Kowalski.  CBS Sport Network has really embraced WSM and has really been a great partner for IMG on the project. I 'm sure everyone knows that they're showing the new episodes from the 2013 competition, but they also have aired the old, classic shows with guys like Bill Kazmaier, Jon Pall Sigmarsson, and Magnus ver Magnusson.

"Show 7, featuring 3-time champion Zydrunas Savickas, airs tonight on CBSSN and then after a week off, we'll have a new episode each Wednesday ending with the Final premiering on Christmas night.  And don't forget, the Final will also air on CBS in early 2014."

Here is the most recent TV schedule for the remaining shows, all times are Eastern.