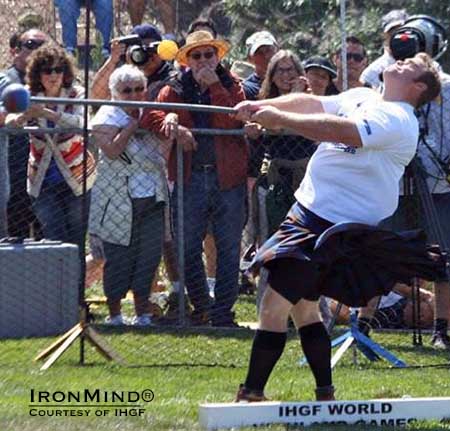 
This competition was held in Dana Point, California, so Brebner said that his initial focus has been on Southern California TV.

"The 2013 IHGF World Championships will be made into four one and a half hour shows for TV, and will be later available to view on the web with a shortened version available later on DVD," Brebner said, noting that to the TV coverage already in place, he is in discussion for an expanded broadcast schedule that could “possibly go out to another 44-60 million households as well.” 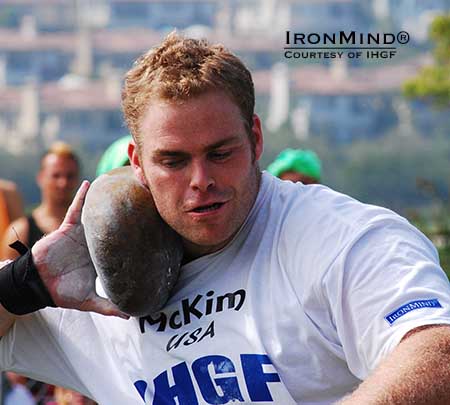 Dan McKim knocked off big wins in quick succession at Dana Point, Pleasanton and Loon Mountain—the 2013 IHGF world champion proved he is the man to beat if you want to say you’re the best in the Highland Games heavy events.  IronMind® | Photo courtesy of IHGF