A source close to the negotiations has told IronMind® that at this moment, there are no contracts in effect for a 2009 World's Strongest Man qualifying tour. 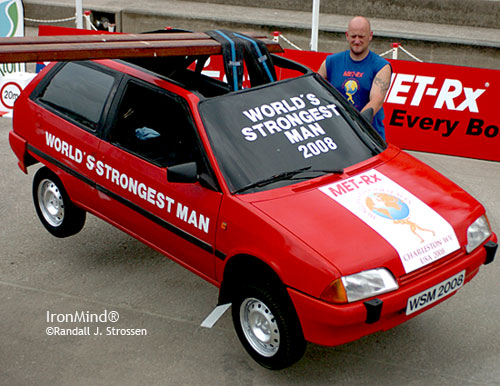 The World's Strongest Man contest is the competition everyone on the professional strongman circuit wants to win, but even if you are as strong as a forklift, first you have to qualify. Randall J. Strossen photo.


Notably, the agreement between IMG and Super Series that has allowed athletes to qualify for the 2005, 2007, and 2008 MET-Rx World's Strongest Man contest expires this year, and at this point, IronMind® was told that the contract has not been extended.

IronMind® will try to follow related developments, but for now, here's the bottom line: There are no agreements between IMG and any parties in terms of qualifying competitors for the 2009 World's Strongest Man contest.