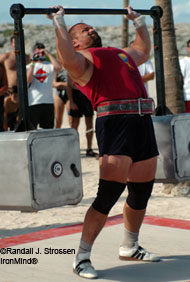 This is the same process that was used in 2005, when Mariusz Pudzianowski won the title, and while the contest is months away, the buzz about this year's WSM competition has already begun.