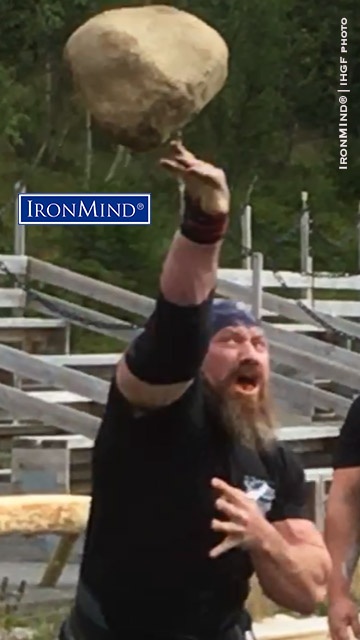 The IHGF was showcased at the 2019 Fefor Power week, with its Highland Games and Stonelifting competitions drawing athletes from around the world.

Held in the magnificent setting of the Fefor Hotel in Vinstra, Norway, several major IHGF sporting events took place during the Fefor Power Week. The Fefor Hotel games field is surrounded by scenic and breathtaking views, overlooking Loch Fefor with the backdrop of Mount Fefor. Altogether, with IHGF athletes, judges, and officials and along with the Norwegian Strongman Association and its athletes, 60 plus people gathered for an action-packed IHGF Fefor Power Week at the sold-out hotel.

The Power Week was a huge success, starting with clinics and seminars, including nutrition by Terri Ventress and Egil Berli Johnsen; his awe-inspiring life journey in strength and powerlifting   by Ed Coan; and mobility classes held by S10 Fitness and Behzad Bakhshandeh.

A head-to-head competition between Kyle Lillie and Colin Dunbar took in 4 events, from stone putting and weight throwing, to weight over bar and caber, followed by coaching clinics on the Highland games throwing disciplines, well done and informative.

Going into the final leg of the Amateur World Highland Games Championships, Skylar Arneson (USA) was leading after winning the first two games of the series. The opening event, the 20-lb. Braemar stone, counted toward a combined total in the 20-lb. and 18-lb. stone events for the IHGF Stone Putting World Championships. Arneson was a strong favorite, having a track and field background in shot putting, which lay a strong foundation coming into the Highland Games. Arneson unleashed his best with a putt of 42’ 6-1/2” in the second round to take the reins. Jamie Gunn (Scotland) mustered all he had in his last attempt, making his fellow athletes gasp as he pulled up behind Arneson with a second-place 41’ 3”. Third was Patrick van Antwerpen (Netherlands) at 40’ 4-1/2”.

The 28-lb. weight for distance was another tight competition between Arneson and Gunn, with Gunn doing a best of 73’ 8” going into the final round, with Arneson was trailing at 72’ 1-1/2”. It was all or nothing for Arneson in his final throw, which he let rip for a class distance of 74’ 9-1/2” to nip Gunn for the win. Van Antwerpen was third at 64’ 9”.

The points from the 18-lb. open stone were added to those from the 20-lb. Braemar stone event for the 2019 IHGF Stone Putting World Championships. Arneson topped out with a putt of 51’ 2” for the win. Gunn put up a great show, doing 48’ 2” for second place, followed by van Antwerpen in third place with 44’ 7”.

The 16-lb light hammer was riveting as Arneson and Gunn, two of the world’s best amateur hammer throwers, faced off. Gunn threw a best of 130’ 8”, while Arneson made a whopping 134’ 4” for the win. Van Antwerpen and Pocock tussled for with third place, with van Antwerpen prevailing with 118’ 6”.

The 56-lb. weight for distance was a very close competition, with the top three changing places up to the final round, in which Arneson unleased 37’ 2” for the win. Van Antwerpen’s 36’ 6” effort was good for second, with Gunn taking third at 36’ 2”.

The final event was the 56-lb. weight over bar, and Johan Langhorst (Netherlands) cleared 15’ for the win, with van Antwerpen taking second on countback to Gunn in third place.

In the 230-lb. stone press, athletes had 75 seconds to complete as many reps as possible from the ground to overhead. Burke and Sebestyen were the only two athletes to press this challenging awkward stone, tying on one rep and earning valuable points.

Carrying the massive 160-kg Fefor stone down and back a 15-m course for max distance proved a real lung-buster. Burke took the early lead with an impressive distance of 108’ 9”, and Sebestyen fell short at 79’ 6”. Molnar, who had the advantage of going last, stormed the course with a shattering distance of 147’ 6”.

The 50-lb. stone throw was done from behind a trig with an approach of 3 m and thrown freestyle with one or both hands. Burke led the way with 18’ 10” until Skujins snatched the victory with a distance of 19’ 2”; third was Puha at 17’ 3”.

In the stone medley, speed, agility and cardio came into play as the athletes lifted and carried a series of natural stones, ranging in weight from 200, 220, 235 and 255 lb., over a 10-m course. Once again Burke set the pace with a target time of 36.99 sec. Skujins outpaced him at a fast 34.21 sec., with Sebestyen right behind at 34.89 sec. Langhorst set off like a rocket and pulled off 32.62 sec. to take the lead, short-lived as Molnar eclipsed Langhorst with a winning time of 31.79 sec.

The Atlas stones, five stones ranging from 220 to 400 lb., were placed on barrels for the fastest time within 90 sec. Burke was in the driver’s seat with a several point lead going into this final event but needed to do all five stones to secure the overall victory—as long as he didn’t make any mistakes, this world title was within his grasp. Sebestyen managed four stones, and only three athletes lifted all five stones. Skujins set a good time of 23.35 sec., but he was pipped by Solvang with an impressive time of 22.26 sec. Burke looked in the zone, attacking the stones and breezing through all five in a time of 26.67 sec., good enough for third place in the event and the overall victory in the IHGF Stones of Strength World Challenge.

The 30-lb. stone putt was a much heavier stone than had been used in past competitions. Moore that took control from the first round and topped out with best of 20’ 1-1/2” to set a new field record. Ingalls was fighting all the way, ending at 18’ 8-1/2”, and just behind in third place was Bradley at 17’ 7”.

Athletes picked up and carried the Fefor stone, weighing 255 lb., down and back a course of 20 m for max distance. Ingalls was first to break the 40-m barrier with a best of 147’ 6” but was marginally surpassed by Moore’s all-out 150’ 2”. Bradley, having the advantage of going last, upped it a gear with a crushing distance 191’ 6” to dominate the event and set a new ground record.

In the stone medley, athletes lifted and carried natural stones weighing 132, 154, 176 and 198 lb. over a 10-m course. Epic to watch, the top three athletes had the spectators on edge with their performances. Ingalls set the target time, completing all four stones in 33.08 sec. Moore overtook her by a whisker with 32.11 sec.; and Bradley placed a respectable third with 36.19 sec.

An extra event added to the Fefor Power Week was the IHGF Record Breakers Stones of Strength for the woman with the heaviest Atlas stone of 161.5 kg, and the Fefor stone carry which was 160 kg. These two events were most impressive: in a head-to-head contest between Ingalls and Moore with the 161.5-kg Atlas stone, Moore, in one smooth movement from the ground to her knees, then pulling high on the chest, made history by placing the stone on a high platform to set a new world record for the heaviest stone lifted by a woman. Ingalls followed and had a good attempt lifting the stone close to a foot off the ground.

In the 160-kg Fefor stone carry, the same weight and stone used in the men’s competition looked huge next the women athletes. Bradley managed an incredible distance over 9 m, and Ingalls surpassed her with 11.20 m to set the new IHGF world record in the Fefor stone carry. These Stones of Strength athletes, along with Emmajane Smith, have pushed the barrier of stonelifting beyond expectations. Next year’s Power Week will showcase several new stone challenges which will be worth the anticipation.

The IHGF would like to thank Anne Grethe Horten of the Fefor Hotel for once again hosting another superb action-packed Fefor Power Week and for all her personal support given to building the sport of Highland Games and Stones of Strength and all its athletes, in Norway.
Also thank-yous go to IHGF representative Kikki Berli-Johnsen for orchestrating the Power Week, coordinating the many athletes and making this year’s Power Week the best to date. Period.

The IHGF would also like to acknowledge the many officials and judges from all over the world who made the IHGF events run smoothly: Douglas McDonald, Dave and Gunner Glasgow, Terri and Larry Ventress, Angela Shelly, and Charlie Blair Oliphant.

Next year’s Fefor Power Week will take place 18–26 July, and details of the roster of the major championships events will soon be released on IronMind. 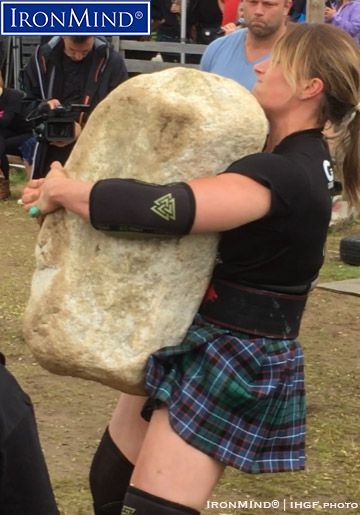