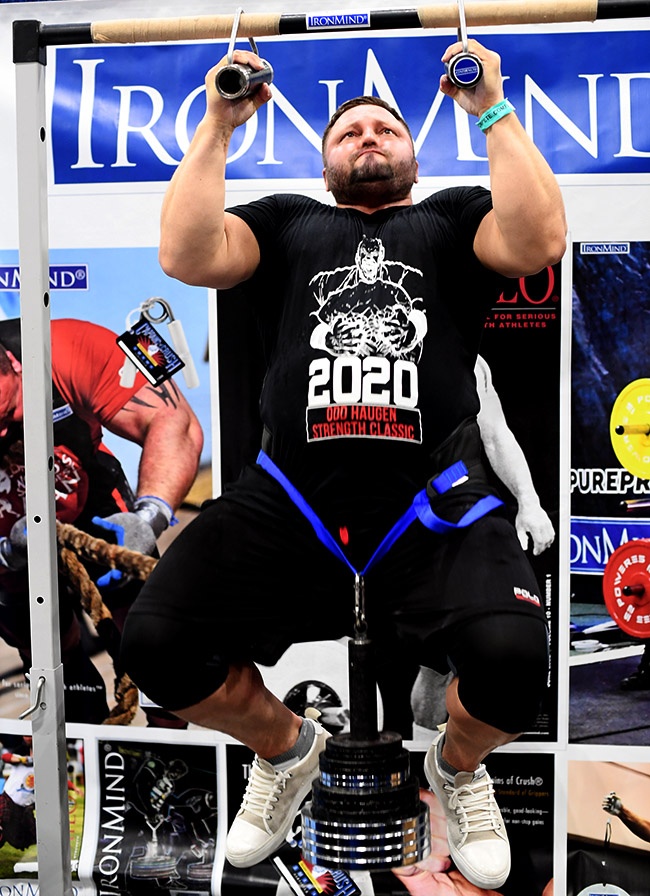 Top grip-strength competitor Alexey Tyukalov (Russia) is establishing a pattern at the Los Angeles FitExpo: Last year, he broke the Rolling Thunder Pull-up world record not once, but twice, and this year he did the same thing.

Tyukalov topped out at 161.5 kg (total weight: athlete + added weight) last year, in a feat of grip strength as well as pull-up power. This year, Tyukalov first ripped through 162.85 kg, for a new world record, and then he frosted the cake with a successful attempt with 165.05 kg, for another new world record.