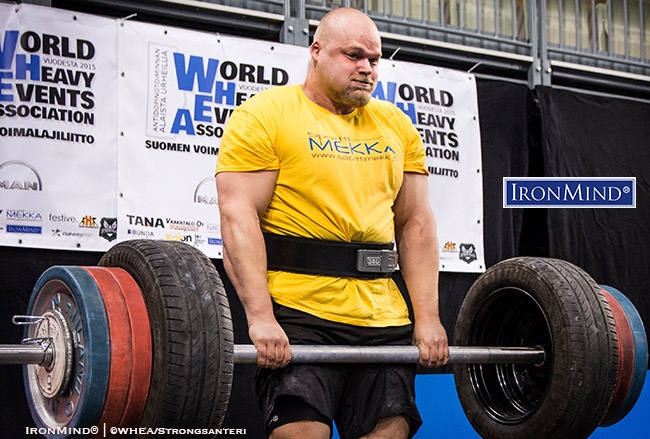 The 2020 WHEA Finnish Grip Championships were part of a multi-sport event organized by the Finnish Olympic Committee.

WHEA´s Finnish Grip Nationals 2020 were held on Saturday as a part of "nationals week” in Joensuu, Finland. The happening is a multi-sport happening, which is organized by Finnish Olympic Committee and it gets major visibility in national tv-channel YLE also. In the whole happening there were approximately 1000 athletes competing in numerous events.

In men’s open class, Jesse Pynnönen took the title and became Finnish Champion, along with being the first Finn to pull officially in contest 200kg in IronMind’s Apollon´s axle.

The other champions were:

We got huge coverage for grip sports on TV over the week and the competition was shown in prime time on tv with 1-hour program, which you also see at YLE´s channel: and we are really happy about the whole event and about the fact that we have already signed to be in the ”nationals week” also on 2021 with grip nationals along with strongman/woman nationals.